How We Can Help You

At The Blalock Law Firm, PC, our clients get our best efforts 100% of the time. Our experienced and dedicated Walnut Creek DUI lawyer, Anthony Blalock, is directly involved throughout every stage of the process and will not give up until we get the best results possible. More importantly, we always seek to humanize our clients to the system - you are never treated as just another case number.

Mr. Blalock works diligently to defend your criminal court case by seeking to do the following:

We offer big firm results with a small firm feel and have the resources and individual compassion to guide you through your DMV hearing and any criminal court matter. Whether you're dealing with a first offense or have prior DUIs, Our Walnut Creek DUI attorney can help you. 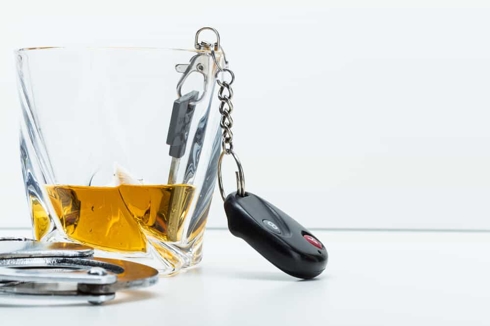 At The Blalock Law Firm, PC, our Walnut Creek DUI lawyer, will never tell you to shut up, get behind us, and do as we say. Instead, we seek your input at every fork in the road and as we develop a successful strategy to defend your case. We are your advocates and continually work to ensure that this is just a tiny speed bump in your life and not a brick wall that you will hit.

We like to say that we try honey before vinegar, which often yields the best results in our currently overburdened adversarial criminal justice system. In addition, we only handle DUI cases, giving you the focused solutions you need when you are facing such a complex matter.

In every case we take on, we will always:

If your blood alcohol content (BAC) is at least .08 percent while operating a vehicle, you could be charged with driving under the influence in California. However, commercial driver’s license holders with a minimum BAC of .04 percent and underage drivers (under 21 years old) with a BAC of at least .01 percent can face DUI charges.

If you are convicted of DUI, you face a wide range of criminal penalties, including fines worth thousands of dollars and even a jail or prison sentence. In addition, your driver’s license is subject to suspension.

The following is a breakdown of the DUI penalties in California:

If a first-time DUI involves an injury, the charge can either be a misdemeanor or a felony. A misdemeanor conviction carries a jail sentence of up to one year, a maximum fine of $5,000, and driver’s license suspension for three years, while a felony conviction can result in a prison term of up to four years and a fine not exceeding $5,000

If a first DUI offense involves a death, you could be charged with gross vehicular manslaughter while intoxicated. The offense can lead to a prison sentence of up to 10 years and a maximum fine of $10,000.

What Happens to My License After a DUI Arrest?

Whether your BAC was .08 percent or you refused to take a chemical test after being arrested for a DUI, your driver’s license will be automatically suspended. You will then have 10 days to request a hearing and appeal the suspension by the DMV.

If you win your hearing, your driving privileges will be reinstated. If your suspension is upheld, you can still apply for a “restricted license.”

There are two restricted license options: installing an ignition interlock device (IID) in your vehicle for four months or entering the employment/treatment program for five months. The IID program allows you to drive to any place at any time, while the other option enables you to drive to, from, and during employment, as well as to and from your DUI program.

Get our Walnut Creek DUI lawyer's experience, insights, and advocacy on your side with an affordable, flat-rate fee or payment plans that fit your budget and a free letter to the DMV within the vital 10-day window. Let The Blalock Law Firm, PC protect your license and your future.

Are you facing a DUI charge? Contact The Blalock Law Firm, PC today at (925) 259-3270 or online to schedule a meeting with our Walnut Creek DUI lawyer.